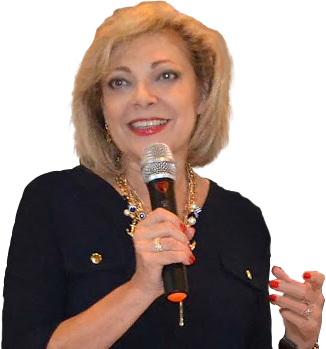 Rev. Linda C. Triska, Founder and President of It’s Beginning to Rain Ministries, Inc. has been sharing the gospel of Jesus Christ for over 30 years. Since answering the call of God, Linda has been a popular and sought-after guest speaker in churches, ministry groups, conferences, and retreats. She is known for developing and teaching the “Targeting Your Spiritual Gifts” series motivating others to rise up in their gifts and callings. Under the anointing of the Holy Spirit, Linda operates in various 1 Corinthians 12 gifts with many receiving supernatural healings, deliverances and the baptism of the Holy Spirit.

Additionally, Linda has hosted a weekly television Christian talk show, “It’s Beginning to Rain,” that broadcasted locally on KVVB Television  Channel 33 in the High Desert and on Faith Unveiled Network streaming on various digital platforms reaching thousands around the world with the Good News of Jesus Christ.

Linda has worked in the private business sector as well as having worked in entertainment as a model and actress in television, film, commercials and fashion shows.

Always having the heart to help others, Rev. Triska is the Founder and Executive Director of Feed My Sheep in the High Desert, a food pantry feeding over 2,000 low-income families per month.  Within five years, it became one of the largest pantries in the California High Desert area and was named “Non-Profit of the Year” by the High Desert Resource Network in 2012.  She also provided food and other necessities to the homeless, veterans and senior citizens on a weekly basis through It’s Beginning to Rain Ministries, Inc.

In both 2010 and 2013, Linda was honored by being named “Inspiring Woman of the Year” by the Daily Press Newspaper and Today’s Woman Foundation.  She holds a Bachelor of Science degree in Business Administration with a teaching credential and is an ordained and licensed minister.

Linda and her husband, Brad, live in Apple Valley, CA and have a married daughter.

All Right Reserved | Copyright It's Beginning to Rain Ministries